Growing up in India has always felt like one big fat celebration, as if the serious aspects of life were far removed from it. There seemed to be a season for a festival and yet no reason at all for a feast. Food, dessert in particular, was always at the very core of everything: dessert to help the new neighbors settle in and draw old ones closer, dessert to share happiness and lessen the impact of woes, dessert for distant relatives and school teachers, dessert for the Gods and Demigods, dessert for domestic helpers and well, mostly all cooked by domestic Godesses. There were endless rivers of ghee, cream and milk utilized to the last drop, bowlfuls of dry fruits employed at will, handfuls of grains – sometimes pounded, sometimes whole, and bottomless cups of sugar, to be sure.

The instances when health consciousness and medicinal properties of ingredients were factored into the equation were few and far between. But here is a recipe that’s an ode to our mothers and grandmothers, who commanded the kitchen and made dessert such an integral part of our lives. Made with the wonder grain millet (rich in antioxidants, good for cholesterol & diabetes) and jaggery in place of sugar, it’s a somewhat healthy dessert, if there’s such a thing.

Note: You can also use regular sugar instead of jaggery. Add the sugar and them simmer the kheer for 5 minutes before adding the cashews. 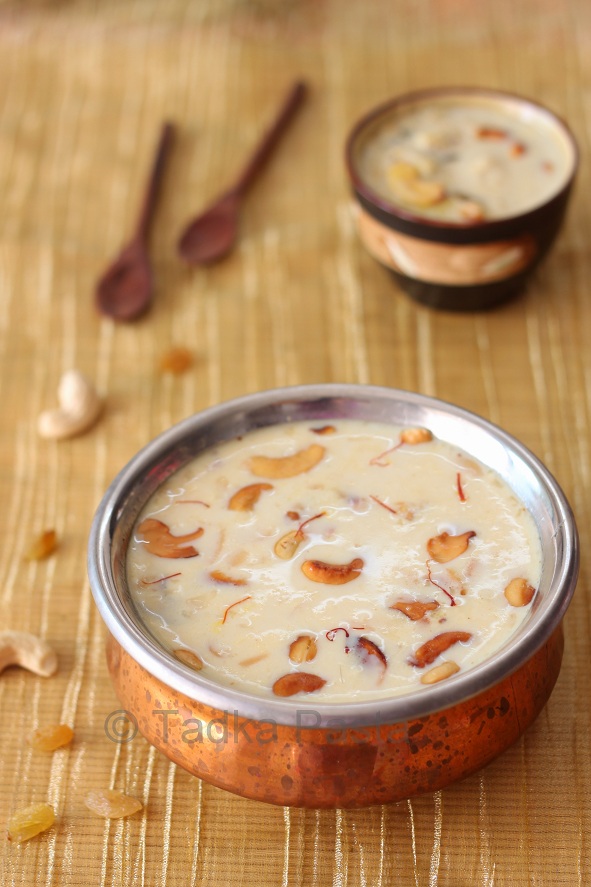 3 Responses to Making Merry with Millets